Be a part of art!

Which picture would you like to be in?
Watt Stax Record Shop or a Pyle Pirate 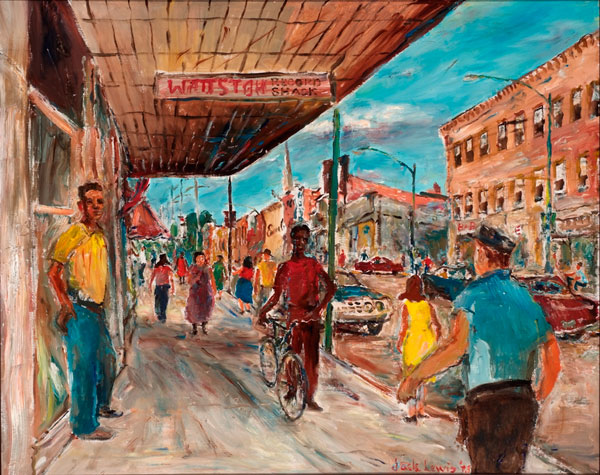 Watt Stax Record Shack, 1973, Oil on canvas
John Iowa Lewis (1913–2012)
Jack Lewis was originally from Baltimore but moved to Delaware during the Depression to document the activities of the Civilian Conservation Corps. He developed a signature abstract style, which distinguished the architectural studies, cityscapes, portraits, and landscapes that he painted throughout the Delmarva Peninsula for the next sixty years. Having continued his studies at Rutgers University, Lewis taught painting classes at the Rehoboth Art League, in Bridgeville, and at the Dover Air Force Base, all in Delaware.
Powered by